India and Russia are two countries of Asia that have been put to test through partition and disintegration, respectively. Being faced with opposition from the west in some way or the other, these two countries have a lot in common. It was obvious that they'd establish a treaty of friendship.

The year was 1971. India and Pakistan were at war, a war that lasted a short while but left a huge impact. Refugees from East Pakistan began pouring into India. In such desperate times, most people saw a war happening between New Delhi and Islamabad.

“If India made any attempt to seize any part of East Pakistan, he would declare war and Pakistan would not be alone.”

Pakistan managed to get the United States of America to side with them and with the support of the USA, Pakistan had become invincible. China too, sided with Pakistan and extended their unconditional support because ‘anything to oppose India’, am I right?

At such a crucial hour, India needed someone to hear them out and side with them.  The Soviet Union were the only ones who bothered to listen. In this manner, The Indo-Soviet Friendship Treaty was signed by the Soviet Minister of Foreign Affairs Andrei Gromyko and the Indian Minister of Foreign Affairs Swaran Singh, on this day in 1971, providing India with both the diplomatic and arms support it would need for the war.

A Soviet national daily, Pravda,  printed in their newspaper the following day,

“The treaty had effectively “restrained” Pakistan and her allies from embarking on a course of “military adventurism” in the sub-continent and would continue to act as a “deterrent” against the hegemonic goals. ”

The treaty was more than just a symbol of friendship between the Soviet Union and India. It stood as a signal to China to seize its plans to establish dominance in the entire continent.

A treaty of such significance consisted of 1300 words contained within 12 articles. Sealed up with the stamp of legality, the treaty helped both the countries develop and evaluate their friendship and cooperation over the years that were to follow. Some of the articles were of due importance, and stated - “Neither state shall enter  into  or  participate  in  any military alliance  directed  against  the other  party.” Both parties seemed satisfied with the clauses contained within the agreement and decided to extend it for a decade or two more.

However, when 1991 marked the end of the Cold war, the Soviet Union disintegrated. India felt that this disintegration could pose a potential threat to the Treaty of Friendship between the two countries. However, when President Boris Yeltsin visited Indian in 1993, the treaty was replaced with a fresh and new one.

Following this, the treaty was tested by the virtues of time on several occasions, the strength of the friendship between these countries prevailed each time. When President Vladimir Putin visited India for the very first time in 2002, he signed the Delhi Declaration on Strategic Partnership, one of the first partnership treaties established between the recently formed Russian Federation and India.

Today, as the original treaty turns Fifty, it is safe to say that the friendship between the two countries has only strengthened. It has been through thick and thin and has passed the test of time to prove that even though the year is 2021, time seems to be stuck in 1971 when it comes to Indo-Russian relations, today. 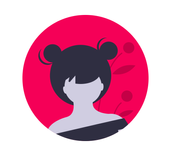