A director who proved his mettle in acting and screen-writing, known for his directorial marvel of teleserial – Malgudi Days in the late 80s, an adaptation of subtle stories by R.K.Narayan; He proceeded to win National Award and rose to fame with his knack for acting and direction of some notable movies in Indian cinema.

Shankar Nagarakatte also known as Shankar Nag, left the Indian cinema fraternity bereaving the loss of his death on 30th September 1990. Be it Art Cinema or Commercial, he left no stone unturned to leave an impact on the audience of his work. Born in Honnavar, Karnataka to a Konkani-speaking family, Shankar grew up in a village settlement adjacent to Bhatkal.

His journey in Bombay began like every aspiring actor but his love for Marathi theatre and direction of cinema, theatre and serials on television kept him away from mainstream acting. Until Shankar’s brother, Anant Nag an established actor from Karnataka in Indian television and cinema urged him to give his acting skills a try in the cinema.

During his theatre days he met his future wife Arundhati Rao who was also a dramatics enthusiast in Bombay.

His debut in films through Girish Karnad’s impressive film Ondanondu Kaladalli, in which his role as a revenge-stricken mercenary fetched him IFFI Award for Best Actor in 1979. This began his trail of awards and accolades in films. He won Best Screenplay Karnataka State Film Award for Minchina Ota and also Best Director Award for the film Accident. “22 June 1897”- a National Award-winning Marathi film was co-authored by him.

His action sequences in the commercial flicks earned him the name of “Karate King”, despite having no professional training. Audiences craved for his action movies and would often book tickets to watch him fight and ward off the goons. Kannnada film industry soon had only one name ruling it- Shankar Nag!

Malgudi Days remains his exquisite piece of directorial contribution loved across India for its close to life depiction of human emotions. The childhood of Swami and people of Malgudi were beautifully emoted by the actors as described by writer R.K. Narayan. Shankar himself portrayed few characters in the short stories of the episodic tele serial alongside his brother Anant Nag, a renowned name those days.

His death was no less than a shock for entire film fraternity, when the news of Shankar's tragic car accident reached them. He couldn't survive the car crash which took place in the outskirts of Davanagere town.

As an actor, his life wasn’t accidental when he chose his career in films and theatre but accidents did meet him in real life, Shankar Nag departed from this world in an accident leaving a reservoir of his impressive work to be cherished and applauded by his fans. 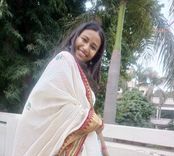